How to Help your Child Sleep In

You don’t have to suffer with early wakeups forever! These simple tips will help your child sleep in, so everyone gets the rest they need.

Before becoming a mom, 8am was an early morning for me. I typically would have to set my alarm if I needed to be awake any earlier than 10am.

Oh man… those were the days…

I often see my friends complain on FB about their kids being early risers. I hear things like:

“Been up with Lucy since 5am again…ugh.”

“My kids are always up before 6am.”

When I hear things like that, my gut response is:

They wake up that early because you let them!

If kids wake up at 5am, and then get set in front of a bright tv, they’re going to get used to that. It almost trains them to wake up that early, because the lights and stimulation mess with their internal clock.

Its like when you were in college and you signed up for an 8am class.  The first few weeks were reallllly hard to get out of bed, but after awhile, your body got used to it, and then by the end of the semester, you barely needed your alarm anymore.

Same thing with kids. And it goes both ways.

Babies and toddlers don’t have much concept of time, and as their parents, its our responsibility to teach it to them. Yes, we can’t “control” when they wake up. But we can do things to encourage them to sleep til a reasonable time. I have picked a time that I will allow my children to get out of bed. 7am. If they wake up before that, I will patiently get up and quietly put them back to bed.

When my girls were babies and they woke up too early, I’d change their diaper, feed them another bottle in the rocking chair, and put them back to sleep. And then sometimes go in and wake them up at 7:30am if they were still sleeping (so it didn’t mess up the morning nap).

If its my toddler, I’ll usually pick her up out of the crib, and snuggle her up in a blanket and rock her for a few minutes, to help her feel sleepy again.

Sometimes she will fuss or argue with me, and I will whisper things like, “Look baby girl, its still dark outside. Its still night-night time.” or “The house is so dark and quiet. Daddy is still asleep, sister is still asleep, and mommy is still sleepy, its not time to wake up yet” or “Lets get you snuggy again so we can all go back to sleep.”

If its my 5 year old, I just explain that its not time to wake up yet, and to go get back in bed for a few minutes. We bought her a toddler clock a few years ago like this one

that lights up at a set time (7am for us!) and signals that its ok to get out of bed. When we initially bought it for her, it took quite a bit of patience on our part to enforce the habit of waiting til her “light woke up” before she could get up. We had to get up and put her back in bed. Over and over.

But after about a week, she understood and would come running into my room saying, “Mom! My light’s awake! I slept so good!” We set it a little earlier than we wanted to (comparable to when she was naturally waking up), and then gradually changed the time to later, in small increments, until she was used to the 7am wakeup.

They don’t always fall back asleep, and sometimes I have to put them back to bed multiple times. Yeah, its probably easier to just get them up, turn on some cartoons and doze next to them on the couch. But to me, its worth the effort.

can also do wonders to help keep them sleeping!

If you thought this post was helpful, check out my tips on helping babies sleep! 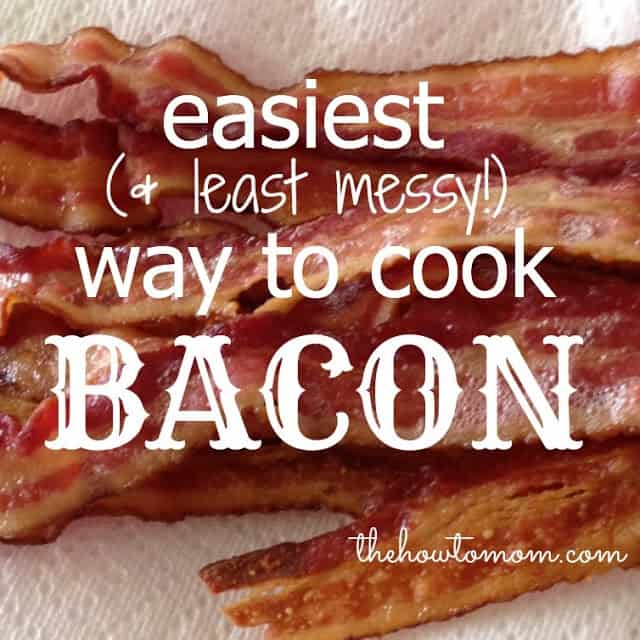 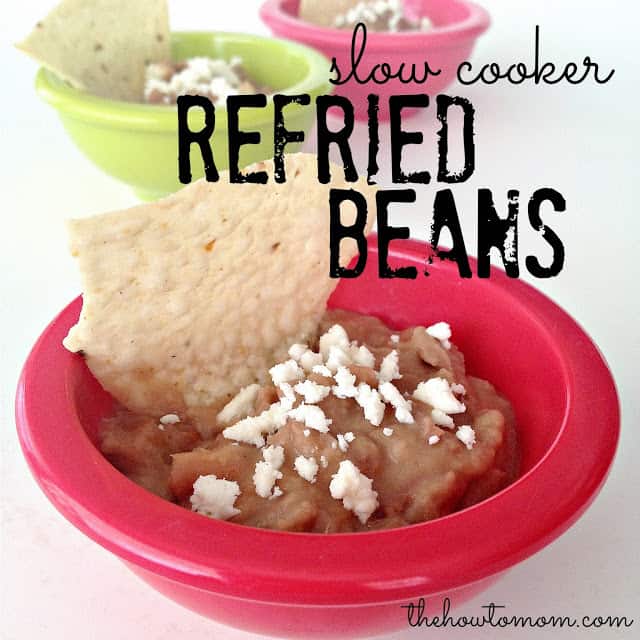 I'd add that you're going to have to make some sacrifices for a consistant routine. I'd love to sleep in on the weekend, but weekday mornings we need to be up by 645 to get everyone to work/school. So that's when we get up every day. New parents: I used to dread the thought of waking up early with kids. Now I really enjoy early (6am) mornings. You become parents and you adapt to a certain extent.

I love these ideas, but ugh--my daughter used to sleep in until 10 or 11 every single morning until she was about 8 months old or so. Then all of a sudden (it seemed) she started to wake up around 5 or 6am! We have always put her to bed between 8pm and 9pm, usually closer to 9, so I am not sure what changed, but she seems to feel that she needs less sleep or she is hungry enough to wake up early. She comes in bed with us now at 5am after she wakes up and just tries to crawl away while I try to squeeze in another hour or two of unrestful sleep. Sigh. I miss waking up at 10am! But I am going to try and crack down on her tonight...I hate feeling so tired all day as a result of her schedule!

This is what I have done from the beginning with my son and am doing with my 10 month old. It really does work! My son is 3 and no longer needs a sound machine but it was great when he was younger and settling into a routine. He knows no getting out of bed until I tell him!

I am an early riser. I have been from the time I was small. My dad was an early riser and my mom is a night owl. I love the quiet time in the morning before the world is awake. I like rising as the sun is coming up. It's beautiful. But I understand that others like to stay up until the rest of the world has fallen asleep. When it is dark and peaceful. I can appreciate that too.

I am a mother of six. Some, like me, are early risers. Some, like their father, are not. ;) I respect both. I think that if we try so hard to make children what we are, we dishonor them and their energy. When I was young, I could do both. Get up early and stay up late. So it didn't matter to me that my kids were one or the other. Now, that I am older, (and my kids are older too) I tell them they may stay up as late as they wish (respecting the night owls), but they must be in their bed by a certain time. They may read a book or do some other quiet activity. (P.S. This is foolproof. With a dim lamp, kids can't read all night every night. And if they do... it must have been a really good book worthy of staying up all night.) This way, they are respecting my sleep cycle. On the other hand, when I get up in the morning, I do quiet activities as well. I don't turn on the music and get cleaning my house, I work quietly, respecting those around me and their sleep cycle.

I am not talking about letting your child get up a million times in the night when they are babies, or assuming because they got up at 4:30 in the morning that must be their wake-up time. I am talking about putting kids back to bed because 6 am is when they are waking up. If they are sleeping from even 10 at night until 6 in the morning... good for them! That is probably all they need (with their nap in the middle of the day). Obviously if they are cranky, you know otherwise.

I say let's listen to the messages our kids are sending us and be respectful of them. Not letting them "run the house", but treating them like human beings with their own clock. That way we don't end up raising kids with confused clocks because mom wants to sleep in until 9 am. (Or mom wants to get up at 5:30 am)

A couple other points:

1. Remember, sleep cycles have tons to do with our metabolism. If you sleep in too too late (and you don't work a graveyard shift), you might want to ask yourself if your metabolism is healthy.

2. Also, for those of you super late starters... I'm talking 10 and 11 am. Watch out for training your kids to sleep in late as toddlers and preschoolers. It's only going to come back to bite you when you have to retrain them to wake up for school... ;)

Having had 5 poor sleepers (all adults now) I was dreading the ideas you had would be the"let them cry till they fall asleep" method! How lovely to read a firm but loving mother's experience. I was able to accept the loss of sleep and actually still love rising at 5a.m. Babies cry because that is how they let mum know they need something and I cannot believe that a 6 week old baby is "manipulating" . Having said that they still need to learn day and night . The real general discipline is where so many of today's Mums seem to put in so little effort. It is cosistancy from day one. Well done.

Oh no! I am definitely not an advocate of letting your kids cry. There is a difference between a minute or two of fussing, and a sad abandonment cry. I remember one night, my toddler woke up and started crying in the night. I was so dead tired, I seriously considered just letting her cry herself back to sleep. But after a minute, I got up and asked "What's wrong baby girl?" And she said , "I scared momma." I knew right then and there that I can't in good conscience support crying-it-out. There is always a reason for them crying. Sometimes there isn't much we can do to fix the problem, but we should always be compassionate about it. As compassionate as we can muster. ;)