The How To Mom is an affiliate for companies including Amazon Associates and earns a commission on qualifying purchases.

Three-year-olds are a handful and can really throw a temper tantrum. You may find yourself wondering if things will get better when your child turns four.

Four-year-olds are usually better behaved than three-year-olds because they’ve developed the social skills to alter their behavior based on their situation and location. At three years old, toddlers are still learning to regulate their own emotions and have a harder time controlling their actions.

The rest of this article will discuss the behavioral development of 3 and 4-year-olds as well as some common behavioral problems you might witness. I’ll also share helpful tips for helping your young children work through their emotions when they’re struggling.

Behavioral Development of 3 and 4-Year-Olds

Our toddlers are growing incredibly fast from birth. However, this growth isn’t limited to physical development; their little brains are rapidly growing too!

Toddlers’ emotions and behaviors are constantly changing as they learn what their feelings mean, and they begin to understand where these feelings come from. In the jump from age three to four, your toddler is experiencing a whirlwind of behavioral changes.

Let’s take a closer look at the behavioral development that occurs at the age of three and the age of four.

Your child will probably have fewer temper tantrums at three years old than they did as a two-year-old because this is when they begin to connect their strong emotions to the cause. They become more interested in playing with other children their age and start developing the desire to be socially “accepted” by their peers.

Because of this desire, and their ability to understand their own emotions, they’re more likely to behave in socially appropriate ways that will “win over” the approval of others (source).

This is not to say that your three-year-old will always appropriately exhibit their emotions for the situation, even though that’s what every parent wishes for. Because they’re still learning, sometimes they’ll get it right, and sometimes they won’t.

Your child’s speech is developing rapidly at age three but may not be completely understood yet. They can typically say 500-900 words and speak in two to three-word sentences, sometimes more.

Because their speaking skills are still growing, it can often be challenging to communicate their needs to others, causing frustration that can lead to behavioral issues.

Extreme emotions create a “tunnel vision” type of experience that makes it difficult for three-year-olds to focus on anything other than what they feel at that moment. These strong feelings often result in temper tantrums or emotional breakdowns that can be difficult to manage.

Three-year-olds are starting to find their voice and understand that their emotions belong to them. This is where the “threenager” nickname comes from, as they tend to exhibit “attitude” and flip flop back and forth quickly from emotion to emotion, similar to a teenager.

At four years old, toddlers tend to have an easier time expressing their emotions appropriately as they begin to think more about others rather than just themselves.

They’ll also usually be far more advanced in speech development than three-year-olds, making it easier to communicate their needs and feelings to others (source).

Four-year-olds begin to understand the world around them on a much higher level than three-year-olds. Their developing brains can understand new concepts like time, rules, memories, and other people’s emotions.

You might even see your little one begin to comfort others when they detect sadness, anger, or frustration (source).

Although four-year-olds are typically more well-behaved than three-year-olds, both age groups have behavioral problems that are entirely normal.

In the midst of a ferocious temper tantrum, parents might feel that something has gone horribly wrong- but you might be surprised to know these behaviors are often completely ordinary and even expected (source).

Some of the most common behavioral problems in 3 and 4-year-old children are:

While these behaviors can be frustrating and exhausting for parents of strong-willed children, most often, the child will outgrow them as they continue to develop and grow their emotional skills.

Parents can assist their children in this area by providing proper resources and helping them work through their emotions as they arise (source).

Most common behavioral challenges will improve naturally as your child grows. Still, you can help this development along by supporting your child with suitable, healthy coping mechanisms and helping them understand their emotions.

The easiest way to help a child stop bad behavior is to prevent it from occurring in the first place. By anticipating your child’s needs, you may be able to prevent a tantrum before it even happens. The most common reasons for temper tantrums originate in simple needs not being met.

By preparing for these needs (planning activities around nap time, keeping extra snacks and a change of clothes with you, etc.), you can help your child remain happy and emotionally regulated.

Sometimes all the preparation in the world cannot prevent an inevitable tantrum, and in that case, it’s important to provide your child with support and love as they work through their emotions.

Help them name what they’re feeling (happy, sad, angry, hungry, etc.) and be there for hugs and emotional support as they work through it.

While four-year-olds often do behave better than 3-year-olds, both ages present their own unique challenges. It’s important to remember that our little ones are developing rapidly in these early years and need our support to learn how to regulate their emotions.

If your child ever exhibits behavior outside the realm of “normal,” or you feel concerned that something may be wrong, consult your pediatrician for further insight and helpful perspective.

Author Notes:
Teresa is a Registered Nurse in the state of Texas and the mother of two. Opinions and insights on childcare are based on professional knowledge, academic research, and personal experience. 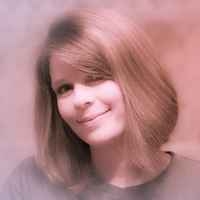 Teresa
Teresa is a Registered Nurse and the mother of two.
She enjoys all aspects of home DIY- from simple crafts to complete home remodels.

Latest posts by Teresa (see all)
Did you find this article helpful? Let us know!
Yay!
0% 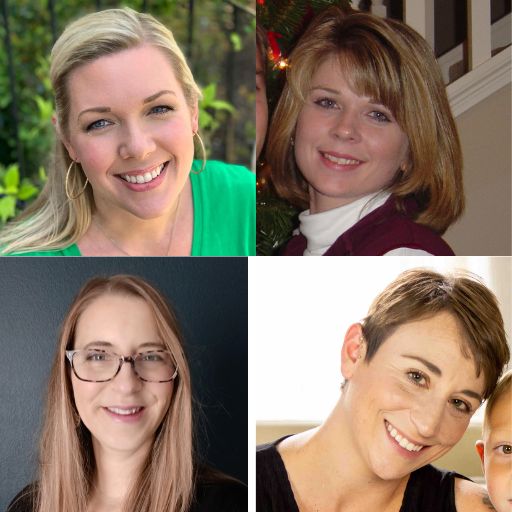 Welcome to The How To Mom. We are a group of passionate moms and crafters. We share our best tips and hacks on parenting, relationships, and style. We also provide step-by-step guides to creating really fun and creative crafts.

Learn more about us.

What can we help with?