The How To Mom is an affiliate for companies including Amazon Associates and earns a commission on qualifying purchases.

4 shares
When I was a child, I distinctly remember crying while my mom combed my hair. Daily. Not that she was particularly rough, I guess I just had a tender head. I dreaded having my hair done for school, and diligently practiced on my dolls and Barbies until I was good enough to do my own hair.

My daughters have seemed to inherit my tender head as well, because combing their hair is TORTURE. For both of us. They cry and wiggle around trying to avoid the comb. I have seriously considered letting my 5 year old’s hair just turn into dreads. Its that horrible. But I figured that dreads probably weren’t a great idea for my little blond princessy daughter, so I compromised by telling her we would just comb it a few times a week instead of twice a day. We went for a “wavy look” to disguise the tangles.

And then one day as I was browsing Amazon

(like I love to do), I stumbled on the My Wet Brush

. I read the reviews, and thought maybe we should give it a try.

It arrived last week, and we tried it on my 5 year old’s dry hair. I told her it was a magic brush, and that it was made special so that it wouldn’t pull hair. She was excited to try it, and she said that it really didn’t hurt as bad.

But the real victory came after baths that night. I told her we were going to try our new magic brush

on wet hair and see if it worked even better.

Even I was surprised.

It just slid through her hair. Glided. Slipped. Her whole head was glossy smooth after about 6 strokes, and zero tears. My daughter was completely amazed, “Mom! It really is MAGIC! It doesn’t hurt AT ALL! I’m so glad you bought this magic brush!” 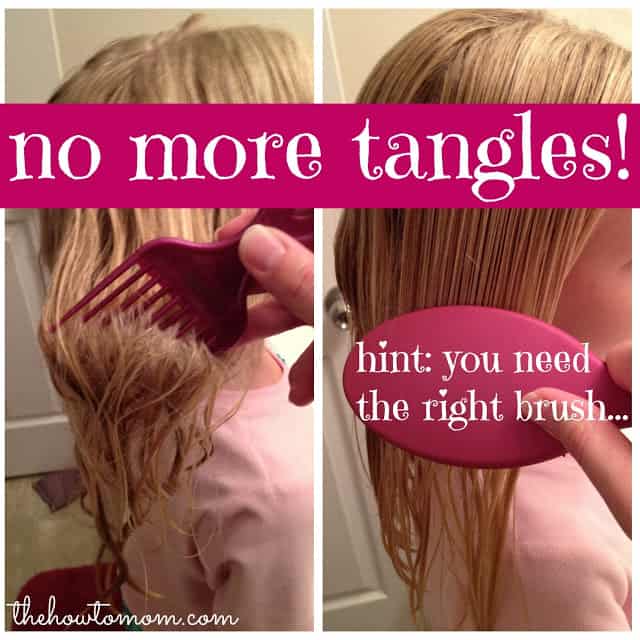 Ahh… one less thing to fight about. 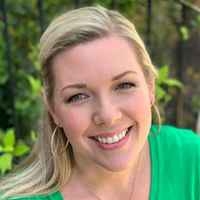 I bought two for my granddaughters . They LOVE them. They take them everywhere they go. These really work well. Wish they had been around when my girls were little. It would have avoided a lot of tears.

I wish I had them when I was younger too! Its a great invention! :)

I have a struggle with my 5 year old brushing her hair. It's down to her waist and she wants to cut it off because brushing hurts so much. I try so hard to not hurt her. I even use detangling sprays but they don't' seem to help much. I have added this brush to my amazon cart. I hope it works for her as it did your daughters hair!

Love it! We sell it at work and its our top seller! Hairdressers go crazy over them!

I'll have to try that one. First up, though, I'm going to try the Knot Genie. My friend who's a stylist recommended it for the same reason.

Knot Genie? I'll have to check that one out. :)